Are these foods toxic to dogs?

Can a table scrap really hurt your dog? Well, that depends on what it is and what’s in it. If it contains the sweetener xylitol, it can cause your dog some real problems. In fact, according to your veterinarian, there’s a lot of people food your dog and cat should never eat. And, it’s not just because of weight. Some foods are downright dangerous for dogs — and you may be surprised to find just how common food poisoning in dogs is. Read on to learn about toxic foods for dogs!

Xylitol is a sugar alcohol commonly used in candy and chewing gum (and some other products, such as peanut butter). It’s very common substitute for artificial sweetener as it’s low calorie and all-natural. It is also found in some pharmaceuticals and oral health products such as chewable vitamins and throat lozenges. While Xylitol is safe for humans, it can be harmful to dogs. The compound doesn’t affect glucose levels in people, but even a small amount ingested by your four-legged friend can cause a dangerous surge of insulin. (In as little as 15 minutes, the blood sugar of a dog that has eaten gum containing Xylitol may register a marked drop in blood sugar.) At higher doses, Xylitol is believed toxic to the canine liver.

Chocolate is one of the most common foods that is bad for dogs. Dog owners know better than to leave a candy bar or two laying around. Chocolate contains caffeine and theobromine which fall under the methylxanthines category. Dark chocolate is extra dangerous because it contains more methylxanthines, thus more toxicity. Chocolate can cause your dog to vomit and diarrhea, experience dehydration, abdominal pains, severe agitation, muscle tremors, irregular heart rate, elevated body temperature, seizures and death.

Puppies drink milk from their mothers after they’re born. However, like humans, dogs can also suffer from lactose intolerance so any dairy product should really be avoided. Additionally, milk contains milk sugar that dogs don’t have the enzymes to break down. Consumption of milk could lead to vomiting, diarrhea and other gastrointestinal problems. While it’s not immediately life-threatening, it can contribute to serious bacterial exposure in dogs that could eventually lead to disease.

While onions go with pretty much anything savory, they can do more than just make your dog cry. Onions contain compounds that can be harmful to dogs if ingestion occurs. Onions can damage red blood cells in dogs causing them to become weaker and move around less. If enough onions are consumed, a blood transfusion might be necessary.

One of the more recent discoveries, Macadamia Nuts can be incredibly harmful to dogs if eaten. The specific chemicals found in macadamias are still unknown right now, but they are known to cause a toxic reaction to dogs if ingested. Dogs will develop weakness and an inability to walk, specifically in their hind legs. Vomiting, staggering gait, depression, tremors and hypothermia.

Consider your dogs vampires and keep them away from raw garlic as much as possible. Like the chocolate rule, the stronger the onion the more toxic it can be. Since garlic is part of the onion family it’s even more dangerous to dogs than onions per ounce. Garlic contains compounds that are strong in toxicity. While the effect of garlic consumption to red blood cells won’t appear for a few days in dogs, they’ll be tired and reluctant to move. The dog’s urine will be orange to dark red in color. Like with onions, a blood transfusion might be required in severe cases.

Like Macadamia Nuts, grapes and raisins can be extremely toxic to dogs. While its currently unknown what chemicals and compounds are in grapes that cause toxicity to dogs, the results of consumption can be pretty devastating. Grapes and raisins can cause rapid kidney failure. While it varies between dogs, symptoms may not show up in them. Other than kidney failure, dogs can also develop vomiting or diarrhea as well as a lethargic state. Dogs will also develop dehydration and lack of appetite. Death from kidney failure may occur within three to four days.

Avocado leaves, seeds, bark and fruit contain a toxin called persin. Avocados can have toxic effects on dogs depending on the variety. They can cause your dog stomach to be upset, breathing difficulties, fluid buildup in the chest, but the most dangerous thing for them seem to the be the pit. Since it’s slippery, the seeds are a choke hazard, leading to obstruction of the gastrointestinal tract.

Yeast dough used to make bread should absolutely be kept away from dogs at all time. The raw yeast dough from making bread can ferment in a dog’s stomach, becoming toxic. Aside from the toxicity from alcohol being produced in the stomach, yeast dough can also expand in your dog’s stomach or intestines and create a large amount of gas in the digestive system, upsetting the digestive tract. This can lead to severe pain and a potentially ruptured stomach or intestinal tract. Vomiting, abdominal discomfort and lethargy can also occur.

No idea who would ever share coffee with a dog, owners should never let their dogs near coffee or any form of caffeine. Coffee contains a stimulant known as Methylated xanthine. Methylated xanthine stimulates the nervous system in dogs, causing vomiting, restlessness, heart palpitations and even death.

And that is our top 10 common foods that can be lethal to your dog! If your dogs or cats ingest anything on this list, we strongly suggest contacting your veterinarian or calling a pet poison helpline or a poison control center to avoid a vomit diarrhea fest! Did we miss something that should be on the list? Please let us know in the comments below. 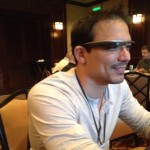 Preparing Your Home for Your Newly Adopted Pet

Xanax for Dogs: Know The Alternatives

MSM for Dogs: Could Your Dog Benefit?

Pet Euthanasia: How To Know When It’s Time To Say GoodBye

Can Dogs Have Cinnamon?

Arnica Montana for Dogs: A How To Guide

Pannus in Dogs: A Holistic Approach