Undoubtedly, one of the scariest moments for a pet owner is witnessing their beloved four-legged friend experience a seizure. Seconds can feel like hours as you watch your dog convulse on the floor. You feel helpless and uncertain about what to do next.

Once your dog stops convulsing and you take them to your veterinarian, your vet will likely recommend a conventional anticonvulsant medication. Dog owners should understand these medications, including their side effects, before administering them.

In this article, we’ll cover everything you should know about potassium bromide for dogs (KBr). We’ll discuss the risks, how the medication works, and alternatives that we recommend. Additionally, we will shed light on the wonders of holistic remedies that can greatly reduce your dog‘s seizure severity and frequency. Let’s begin.

Dog Seizures: What Exactly Are They?

Before we dive into KBr for dogs, let’s first discuss why it’s used: dog seizures. Up to 5% of all dogs experience seizures, making them the most commonly diagnosed neurological condition in dogs. Often referred to as ‘fits’ or convulsions, seizures are temporary and are caused by abnormal electrical activity in the brain.

As you can imagine, witnessing a dog’s seizure can be terrifying for a dog owner.

What Causes Seizures in Dogs

Seizures in dogs have many causes. Identifying a seizure’s underlying cause is key to diagnosing the condition because some medications should not be given to dogs with certain health conditions, like liver disease.

In other cases, the underlying cause of seizures is unknown. Many of these cases are diagnosed as canine idiopathic epilepsy. Epilepsy is at least two unprovoked seizures.

What is Canine Idiopathic Epilepsy

Health Conditions that Cause Seizures

The following ailments are often associated with seizures:

Toxins can also cause seizures in dogs. Tell your veterinarian if you suspect your dog has consumed any toxins. As part of the treatment plan for seizures, you vet will need to clear the toxin from your dog’s body.

Certain dog breeds, listed below, are genetically predisposed to seizures and epilepsy:

If your dog is one of these breeds, learn all you can about seizures and epilepsy. For more information about seizures in dogs and how you can help your four-legged friend, click here.

What is Potassium Bromide

Now, let’s get back to our main topic: KBr for dogs. KBr is a prescription anticonvulsant drug that controls seizure activity. It is often combined with a medication called phenobarbital, which also controls seizures. Veterinarians may prescribe KBr on its own for dogs who are resistant to phenobarbital or had a bad reaction to it.

What is Phenobarbital for Dogs

Phenobarbital for dogs is a commonly prescribed anticonvulsant that controls seizure frequency and severity. It can either be used on its own or combined with KBr. Phenobarbital has many side effects. Therefore, KBr is often prescribed to either substitute for phenobarbital or lessen phenobarbital’s necessary dosage.

How Does Potassium Bromide Work

KBr works by decreasing and controlling seizure activity in the central nervous system. However, it can take three to four months for KBr to start working. In some cases, unfortunately, KBr may not work at all.

Sedation, which brings about drowsiness and lethargy, is a common side effect of KBr and can be quite extreme. Although sedation doesn’t seem all that serious, remember that anticonvulsant medications like KBr and phenobarbital are intended to be daily, lifelong medications.

For some dogs, the sedation eventually wears off. For others, it doesn’t. Therefore, constant lethargy, day in and day out, may be your dog’s “new normal.” For many pet owners, this drastic change in their dog’s personality is unsettling.

Increased hunger and thirst are also common KBr side effects. Again, these may not seem all that bad, but excessive hunger can quickly lead to weight issues and additional health concerns.

Increased thirst logically leads to increased water drinking and urination, which is particularly common for dogs who are taking KBr with phenobarbital. Increased urination isn’t necessarily life-threatening, but it can greatly alter a pet owner’s day-to-day life because their dog will require more bathroom breaks.

KBr can cause a loss of coordination (ataxia) and hindlimb weakness. In severe cases, KBr can cause hindlimb paralysis. Predicting these side effects is difficult and sometimes impossible. Knowing that KBr may cause paralysis is a hard pill to swallow.

Many dogs and cats experience GI issues, listed below, when taking KBr:

These issues, as they worsen, can cause loss of appetite. In some cases, KBr’s GI side effects can be severe enough that a veterinarian will replace KBr with sodium bromide (NaBr) to control a dog’s seizures.

NaBr is typically less harsh on the stomach but it has its own share of potential adverse reactions. No conventional medication is entirely free from negative side effects.

In some dogs, KBr may cause skin rashes and irritations.

Bromide toxicity can occur, even when dog owners administer KBr appropriately. Clinical signs of toxicity include the previously described side effects, only much more severe. If you think your dog has bromide toxicity, notify your vet immediately.

The list of KBr’s possible adverse reactions leaves many pet owners hoping for another option. Although other conventional anticonvulsant medications for dogs are available, none come without unsettling negative effects. Let’s take a look at a couple of other anticonvulsant options.

As we previously mentioned, veterinarians commonly prescribe the anticonvulsant phenobarbital, often alongside KBr. However, phenobarbital’s negative side effects can be worse than KBr’s. Furthermore, dogs with conditions like Addison’s disease (deficient cortisol production by the adrenal glands), kidney disease, liver disease, and respiratory problems should not take phenobarbital because it can worsen these conditions.

Even dogs in good health can experience serious health problems, including anemia and liver damage, from long-term phenobarbital use. Liver damage often involves scarring of the liver tissue and consequent liver failure.

Many dog owners prefer levetiracetam (Keppra) because it decreases the need for harsh medications like phenobarbital and KBr. However, levetiracetam has some drawbacks.

First, levetiracetam typically has to be administered three times daily, which is probably inconvenient for many pet owners. Second, it causes side effects such as lethargy, behavioral changes, and GI issues.

In people and animals, KBr has been used to treat seizures for over a century. Phenobarbital has also been used for years to manage seizure activity. However, neither drug is FDA approved for seizure treatment in people or animals. This is troubling for multiple reasons.

First, this lack of FDA approval means that no drug company has provided conclusive evidence to the FDA that these drugs are safe and effective for seizure treatment.

Second, no FDA approval indicates that the drug companies haven’t been able to provide evidence that manufacturing of either drug can consistently meet accepted quality control standards.

Finally, without FDA approval, pet owners may not fully know the risks of KBr and phenobarbital until it’s too late.

An All-Natural Alternative for KBr

The potential adverse side effects of KBr are troubling, but pet owners should know about them. Only after pet owners have a full understanding of what’s at stake can they make an educated decision for their dog’s health well-being.

Now that you know about the effects of KBr and other conventional anticonvulsants, you may feel that you cannot administer the drug to your dog in good conscience… and we don’t blame you!

Your dog’s diet is far more important than you may realize. In fact, your dog’s food has a significant impact on their overall health and can be key to seizure treatment. A 2015 study in dogs with chronic idiopathic epilepsy reported that the dogs who ate a ketogenic diet had significantly fewer seizures than the dogs who ate a standard diet. Ketogenic diets are low in carbohydrates and high in fats.

Acupuncture can help dogs with seizures. You may not be on board with acupuncture for your dog, but it’s comforting to know that there are alternative seizure treatment options that have positive results for dogs.

How to Prevent Seizures in Dogs

Finally, we want to briefly cover how pet owners can prevent seizures. Of course, not all seizures, like canine idiopathic epilepsy, are preventable. However, other seizure causes can and should be avoided.

If your dog is experiencing seizures due to toxicity, remove the toxin from your home and your dog’s environment. Toxic culprits include:

Sometimes, stress and environmental changes can trigger seizures in dogs. If you can identify your dog’s seizure trigger (your veterinarian can help you with this), you can prevent a seizure by reducing your dog’s exposure to that trigger.

At the end of the day, we understand how troubling seizures in dogs can be. Not knowing when the next episode may happen can be incredibly stressful for any pet owner and leave many considering whether conventional anticonvulsant medications may be a smart move.

Many dogs and cats benefit greatly from conventional anticonvulsant medications and have a better quality of life because their seizures are under control. Also, veterinarians closely monitor the health of dogs on these medications to watch out for possible liver and kidney problems. However, these medications can cause more harm than good in some dogs. Therefore, it’s worth considering all-natural alternatives.

Furthermore, removing seizure-causing toxins and seizure triggers can help prevent seizures. Canine seizure disorders don’t have to be the end of your dog’s happy, active life. 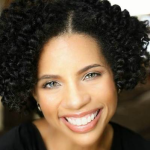 JoAnna Pendergrass, DVM is a veterinarian and freelance medical writer in Atlanta, GA. After earning her Doctor of Veterinary Medicine degree from the Virginia-Maryland College of Veterinary Medicine, she pursued a non-traditional career path as a veterinarian. JoAnna completed a 2-year postdoctoral research fellowship in neuroscience at Emory University’s Yerkes National Primate Research Center, then became a medical writer. As founder and owner of JPen Communications, a medical communications company, JoAnna is passionate about educating pet parents about pet care and responsible pet ownership. Although she does not currently have any pets to call her own, she loves living vicariously through other pet parents and watching Nat Geo!

Liver Disease in Dogs: Know The Signs Before It’s Too Late

Degenerative Myelopathy: A Guide To Improving Your Dog’s Quality of Life

Claritin for Dogs: Yes or No?

Galliprant: The Right Choice For Your Dog?

Carprofen: Worth The Risk?

Cat Constipation: The Ultimate Pain in the Butt

Levetiracetam for Dogs: A Comprehensive Guide

JoAnna Pendergrass, DVM is a veterinarian and freelance medical writer in Atlanta, GA. After earning her Doctor of Veterinary Medicine degree from the Virginia-Maryland College of Veterinary Medicine, she pursued a non-traditional career path as a veterinarian. JoAnna completed a 2-year postdoctoral research fellowship in neuroscience at Emory University’s Yerkes National Primate Research Center, then became a medical writer. As founder and owner of JPen Communications, a medical communications company, JoAnna is passionate about educating pet parents about pet care and responsible pet ownership. Although she does not currently have any pets to call her own, she loves living vicariously through other pet parents and watching Nat Geo!